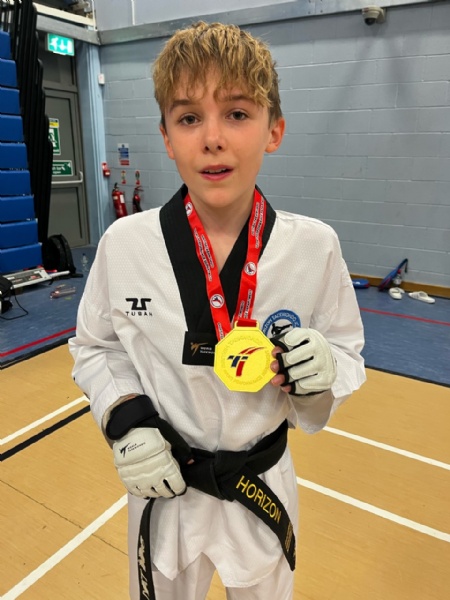 Sam started taekwondo at age of 4 to help build up his lungs after being unwell as a toddler.

His dream at 4 was to be a black belt which he achieved aged 7 and subsequently went on to get his 2nd Dan at 8 and achieved his 3rd Dan last year at 11.

Over his time in taekwondo he has fought numerous times for his club Horizon Taekwondo based In Keighley both in the UK and abroad.

This year he has been eligible to start trying to get into the cadet national team and over several weekends he has been competing to qualify to represent GB at the cadet world taekwondo championships in Bulgaria in July!

He has won gold at both these events and on Friday will be announced as part of the team!

He will travel to Bulgaria as part of the team without parents!

Unfortunately at this age taekwondo is self funded so to be able to go we need to raise £1400 as well as extra to attend the training sessions which are on the 4 weekends leading up to the competition these are all over the country the first being in London!